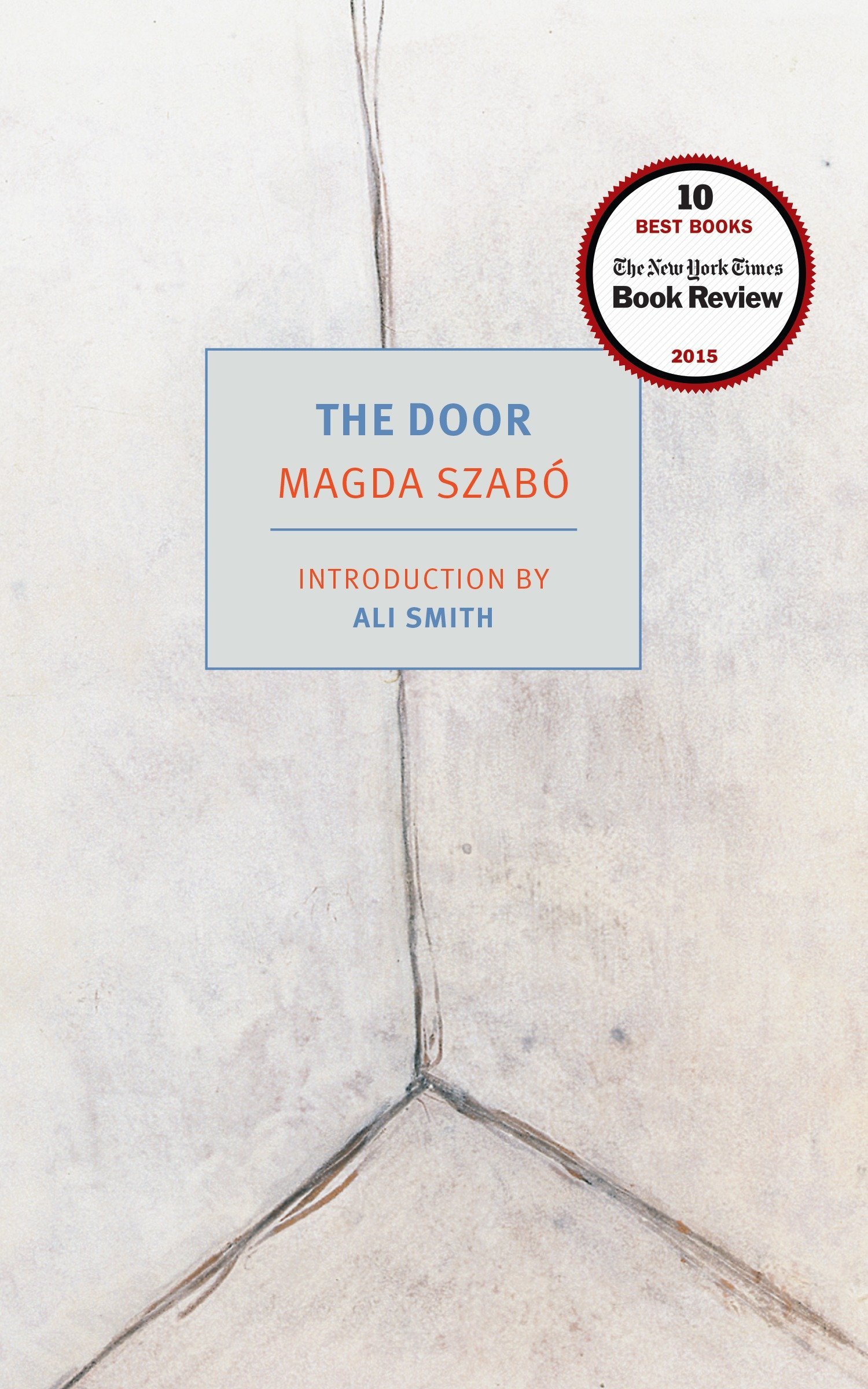 The Door is an unsettling exploration of the relationship between two very different women. Magda is a writer, educated, married to an academic, public-spirited, with an on-again-off-again relationship to Hungary’s Communist authorities. Emerence is a peasant, illiterate, impassive, abrupt, seemingly ageless. She lives alone in a house that no one else may enter, not even her closest relatives. She is Magda’s housekeeper and she has taken control over Magda’s household, becoming indispensable to her. And Emerence, in her way, has come to depend on Magda. They share a kind of love—at least until Magda’s long-sought success as a writer leads to a devastating revelation.

Len Rix’s prizewinning translation of The Door at last makes it possible for American readers to appreciate the masterwork of a major modern European writer.

Winner of the Oxford-Weidenfeld Translation Prize and the Prix Femina Étranger
“Beautifully translated by Len Rix…New York Review Books Classics—acting, yet again, in its capacity as the Savior of Lost Greats—has now delivered this version to an American audience. If you’ve felt that you’re reasonably familiar with the literary landscape, ‘The Door’ will prompt you to reconsider. It’s astonishing that this masterpiece should have been essentially unknown to English-language readers for so long…suffice it to say that I’ve been haunted by this novel. Szabo’s lines and images come to my mind unexpectedly, and with them powerful emotions. It has altered the way I understand my own life. [It is] a work of stringent honesty and delicate subtlety.” —Claire Messud, The New York Times Book Review

“‘The Door’ is a deeply strange and equally affecting book, a dark domestic fairy tale about the relationship between a Hungarian writer, Magda, and her taciturn elderly housekeeper, Emerence.” —John Williams, The New York Times
“‘The Door,’ by Magda Szabo, is a Hungarian novel with the elemental force of a myth — the story of a middle-class writer and the servant who takes over her household and her life. Class dynamics, female friendship, the power of will — Szabo writes about them all with eerie fascination.” —Adam Kirsch, The New York Times Book Review
“Szabó is a master tension builder, and Emerence’s demise…is heartbreakingly rendered.” —Publishers Weekly

“Subtle, intellectual, and if not exactly unflinching then certainly told with bone-scraping honesty, this is a masterpiece.”—Emily Temple, Flavorwire

“Szabo is a deft writer. She constructs the narrative around a deeply authentic friendship while leaving unresolved the main idea: How will you conduct yourself in your quest to be an authentic writer, and what are the costs to the people who care for you?” —Diane Mehta, The Rumpus

“No brief summary can do justice to the intelligence and moral complexity of this novel. I picked it up without expectation. I read it with gathering intensity, and a swelling admiration. I finished it, and straightaway started to read it again. It is unusual, original, and utterly compelling.” —The Scotsman

“A superbly controlled and involving work of art. . . . One of Szabó’s triumphs is to have written a profound political novel that is rooted in the domestic.” —Liam McIlvanney, London Review of Books

“Clever, moving, frightening, it deserves to be a bestseller.” —Tibor Fischer, The Telegraph

“Szabó’s style (the text is brilliantly translated), laced with gentle humor, is as mesmerizing as are her characters. Her dexterous, self-ironizing distance (the autobiographical elements are obvious), the detached gestures with which the narrator interrupts herself, the muted fury that erupts in overlong or half-sentences, and a certain moral seriousness and ethical anguish also impregnate this gem of a novel. Ultimately, the text is a tranquil memento, a piece of irrefutable poetry, a bizarre counterpart to our universal betrayal—out of love.” —World Literature Today

“The Door is a valuable document of a vital relationship.” —The Guardian

“The Door tells a great deal about the sufferings of 20th-century Hungary through the heart and mind of a single fearless woman, as Magda is taught by example to consider her own inadequacies. Magda Szabó’s great book was published in Hungary as long ago as 1987; Len Rix’s fluent translation is a belated and welcome gift to readers in English…profoundly moving.” —The Independent

“The Door is a marvellous book dominated by female characters.” —The Times (London)

“This melting pot of a novel hangs from a solid tripod of Greek myth, Biblical scripture and Slavic fairy tale, handled with style and an easy familiarity. There is a great deal here to move anyone who has watched or felt the sufferings of age.” —Glasgow Herald
“Intimate and satisfying….the tension between Magda and her housekeeper is fascinating, and sometimes sickening as well….the story celebrates love, the kind that is too perfectly made to exist on Earth.” —Claire Rudy Foster, Cleaver Magazine